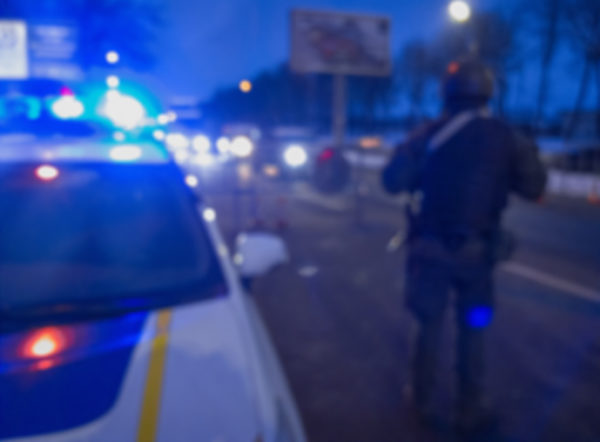 A man has been arrested after his alleged involvement in a two-car crash that sent five people to the hospital and killed one woman.

Police say the man tested positive for impairment after the car accident. Thomas Brou, 29, has been arrested and charged with vehicular homicide and five vehicular negligent injury charges, according to local media.

The deadly accident happened in early June at around 10:30 p.m. on I-10 near the West End exit. Two vehicles were travelling on the highway when Brou's SUV allegedly rear-ended the vehicle in front of him, knocking it into a guardrail, which caused the vehicle to overturn. The car was carrying six people. The woman who died in the crash had been ejected from the vehicle. Five others were transported to the hospital for treatment for injuries.

Brou was taken into custody and tested for drugs, alcohol, or any other type of impairment that night.

Drunk and impaired driving deaths are far too common. About one in three traffic fatalities in the U.S. involves someone who is driving under the influence of drugs or alcohol. In Louisiana, the drunk driving fatality rate is higher than the national average:

The good news is, the number of driving while intoxicated (DWI) incidents is declining. Over the last 10 years Louisiana's drunk driver fatality rate has dropped by 28%. (Nationally, the drop was only about 8% over the same time period.)

In 2018, the most recent information readily available, Louisiana police departments made 5,650 DUI arrests. About 220 people die in Louisiana alcohol-impaired traffic accidents each year, according to national data.

Louisiana has drafted numerous laws to stop drunk drivers. In the state, there are enhanced penalties for high BAC (over 0.15%), a fourth DUI may be counted as a felony, there are specific punishments for habitual offenders, and ignition locks are mandatory for all offenders.

Attitudes about drinking and driving have changed significantly since modern anti-drunk driving legislation started rolling out in the 1970s. Admission of driving while intoxicated dropped between 2020-2021, from 19% to about 17%, according to a recent survey. Other interesting findings by The Zebra include:

If you were injured by a drunk or otherwise intoxicated/impaired driver don't assume that justice will be served. Do not count on the criminal charges against a DWI driver to help you with medical expenses and lost property. Criminal cases do not make monetary awards. Money is awarded through negotiations with insurance companies or civil trials. You should also know that you can still pursue compensation even if the at-fault driver is found not guilty.

The stakes are high for people accused of Louisiana DWI and most will do just about anything to escape the penalties.

You need an experienced lawyer with a track record of getting the best possible settlements and verdicts for New Orleans DWI victims. The Law Offices of John S. Williams, LLC, takes all traffic accident cases seriously. Our firm has a reputation for conducting thorough accident investigations. We find the most solid, impossible-to-ignore justifications for the compensation you will need to get your life back on track and keep it that way.

An experienced lawyer who will stand by you

We help people injured in New Orleans-area accidents assert their rights and get everything they are owed for a full recovery. We understand that money is tight after a serious injury. That's why we offer free case consultations. Our legal team can help you understand how the law applies to your specific case and how much your claim is worth.

To keep costs down even more after your car accident, we represent many accident victims on contingency. This means that there is no retainer or hourly rate for you to pay. Our fee is calculated into the final settlement or verdict and paid for by the insurance companies — not you. We only get paid when we win.

Contact The Law Offices of John S. Williams, LLC, to set up a free legal review and get started on your claim today.