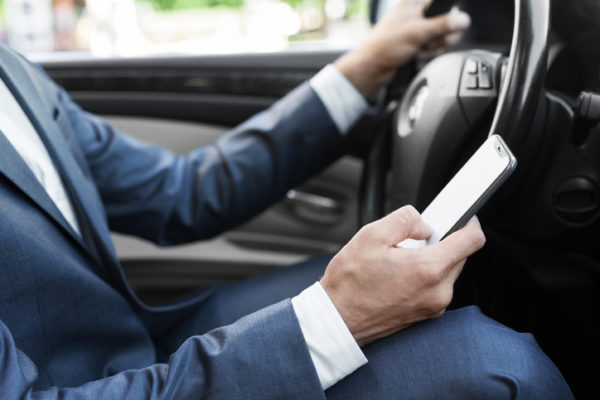 Cellphone bans that aim to reduce distracted driving car accidents seem to be having a positive effect in the states with the strictest rules. A new study of cellphone banning legislation and car accidents found that most states that banned holding a cellphone while driving, instead of merely banning texting or talking, have reduced crash rates.

Interestingly, the analyzed crash rates went down in Oregon and Washington but not in California. All three have handheld bans. This suggests that the wording of the law may be a key factor, Insurance Institute of Highway Safety (IIHS) researchers say.

“Technology is moving much faster than the laws,” says Ian Reagan, a senior IIHS research scientist. “One solution may be to make them broader, rather than trying to come up with an exhaustive list of banned behaviors.”

Meanwhile, Louisiana is moving forward with its own bill to ban handheld cellphone use while driving. Using cellphones is already banned in school zones.

Distracted driving is a problem in New Orleans and throughout Louisiana. At The Law Offices of John S. Williams, LLC, we see the devastation that negligent drivers cause. We fight to get victims the justice and compensation they deserve. If you were injured in a New Orleans car accident, contact us for a free case consultation.

The IIHS report found lower crash rates in Washington State and Oregon at a time when the national car accident rate is shooting up. Noting that distracted driving is likely underreported, the study takes a close look at rear-end car accidents, which are often associated with distracted driving. Compared to states without handheld cellphone bans, over the time period studied, Oregon's crash rate went down by 9 percent, and Washington's rate went down by 11 percent. Meanwhile, California's rate actually went up by 2 percent.

The study points out that, unlike Oregon and Washington, the Golden State ban does not specify whether a driver could use a cellphone if their vehicle wasn't moving - like a temporary stop at a red light or stop-and-go traffic jam.

These study results confirm what we already knew: getting cellphones out of drivers' hands saves lives. Distracted driving is dangerous driving. That's why accountability is so important.

We are committed to your recovery

If you were injured or a loved one died in a New Orleans area car accident, contact our law firm for a free case consultation. At no cost to you, a member of our team can explain how the law applies to your situation, estimate your claim value, and help weigh your options.

You should know that The Law Offices of John S. Williams represent victims of serious and fatal car accidents on contingency. That means there is no upfront or out-of-pocket expense to you for our services. Our fee is an agreed-upon percentage of the settlement or verdict. We only get paid if we win.

Don't delay. We need to start our investigation right away. With offices in New Orleans, our law firm is available to hear from you anytime, day or night. Contact us to schedule your free case consultation today.