Why intersection accidents are so complex 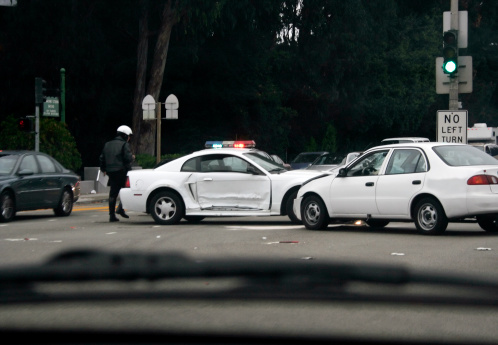 Even the simplest of car accidents can turn into a complex legal case. When it comes to crashes at intersections and Louisiana’s comparative negligence law, the legal implications are multiplied even more.

What is the cause of most intersection accidents?

In Louisiana, National Highway Traffic Safety Administration statistics show intersection crashes accounted for about 20% of the state’s fatalities in 2019 (146 deaths out of 727). The percentage of deaths has been consistent over the preceding five-year period, ranging from 16-20% (or 125 to 151 fatalities).

In general, intersection accidents are caused by:

The common factor for each of these scenarios is negligence, but many times an at-fault driver will deny doing anything wrong. That can make it tough to prove another driver is liable, that is, legally responsible for your damages, without the legal expertise of an attorney there to guide you.

To you, it's probably clear who caused your car accident. The other driver, for example, struck your vehicle from behind as you were making a turn. But what if you are accused of failing to use your turn signal? That’s where Louisiana’s comparative negligence law comes into place. The liability for the accident is spread among the involved parties. If found to be partially at-fault for the accident, any compensation you're eligible to recover will be reduced proportionately by your percentage of fault.

For instance, let's say you are eligible to recover $100,000 in damages but found to be 25% responsible for your accident. Under the state's comparative negligence rules, you would only be allowed to recover $75,000. As such, building a strong case that tells the story of what really happened becomes even more critical to the outcome of your claim.

Winning for you is our top priority

In a case involving an intersection accident, you don't want your claim to come down to your word against the word of the other driver. You were there. You know what happened. The last thing you need is for someone else to unfairly pin some of the blame on you, or worse yet, try to say the whole accident was your fault. Remember, an insurance company has a financial interest in paying you as little as possible, and you can bet that they will do everything in their power to accomplish that goal. Make no mistake about it: the insurance company does not have your best interests at heart. That's why you need someone in your corner who does.

At the Law Offices of John S. Williams, LLC, attorney John S. Williams serves as an aggressive advocate for injury victims. Based in New Orleans, our law firm is dedicated to protecting your rights and fighting for the compensation you deserve. Take the first step. Contact us today for a free case consultation.