Cyclist injured by paneling blown off of skyscraper 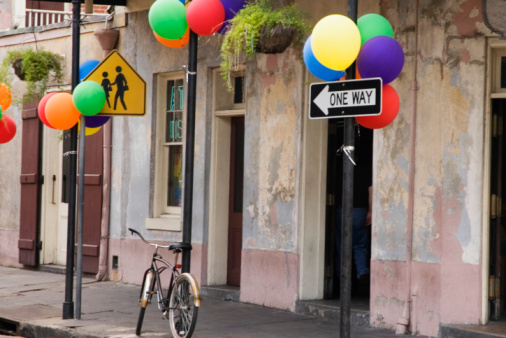 Bicycle safety often means wearing a helmet, sharing the street with cars, and keeping an eye on the road ahead for potential hazards. In New Orleans, we may have to add "scanning the sky for falling debris" to the list.

A cyclist was recently injured in an uncommon type of bicycle accident when strong winds blew paneling off the top of the 45-story Plaza Tower.

The Loyola Street building in New Orleans' Central Business District has been empty for decades. Owners said they would make the area more secure around the 1964 building until development plans are finalized or the structure is sold.

The bicyclist's injuries were not life-threatening, according to the local news report. They were lucky — a lot of people don't survive getting hit by objects dropped from 450 feet above.

Bicycling is different in New Orleans

Bicycle safety is different in New Orleans. Our city has one of the highest rates of bicycle accident fatalities in the United States. Over the last 5 years, New Orleans has averaged 26 fatal bicycle accidents per year. If you live, work, or visit here, you've probably seen plenty of "ghost" bikes, that is, bicycles painted white and left by the road as a memorial to a bicyclist who died in a crash.

One of the more horrific bicycle accidents to occur in the city happened in 2019 when a young man attempted to pass a line of cars by driving through an unprotected bicycle lane at 70 mph. He hit 8 cyclists, killing two of them and seriously injuring the rest. More recently, a bicyclist was killed after being hit by a car near City Park.

New Orleans officials have been working to make the city more bicycle and pedestrian friendly. The "Complete Streets" plan has been around since 2011. It includes an ongoing effort to redesign roads to include bicycle lanes that are well separated from motor vehicle traffic. The renovated streets feature enhanced lighting, landscaping, and public art.

A number of advocacy groups have sprung up in New Orleans around protecting bicyclists and promoting the creation and maintenance of bike trails and lanes. One such group named Bike Easy offers many resources to people who want to cycle in the city for fun or everyday transportation. They also suggest routes you can take to avoid a lot of traffic.

Here are some of their best tips:

Bicycles almost always have the right of way in New Orleans, but that doesn't guarantee protection from a reckless motorist. If you or a loved one was injured in a bike accident due to negligence, you have the right to seek compensation from the driver or entity that caused your injuries.

Bicycle accidents are often serious and can result in severe head injuries, concussions, facial fractures, dental fractures, neck injuries, broken/fractured bones (e.g., wrist, arm, leg, pelvis, hip, ribs), internal damage (e.g., ruptured spleen, pancreatic trauma, collapsed lung, etc.), spinal cord damage, and many other serious medical conditions. That means any bike crash has the potential to cost the insurance company a lot of money, and you can be sure they will do everything in their power to protect their bottom line.

To make sure that your rights are protected and that you receive the compensation you deserve, you should talk to a bicycle accident attorney who knows the local laws and has a proven track record of results.

At The Law Offices of John S. Williams, LLC, we know how to help people get their lives back on track after a severe injury. Find out what our law firm can do for you. Contact us right now to schedule your free consultation.