Louisiana Ranks Sixth in the Nation for Pedestrian Deaths 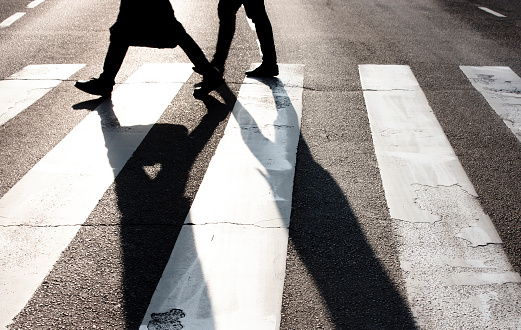 You can see people out walking every day in New Orleans and throughout the state. Nobody should expect to get hit by a car when they are just going for a walk. But pedestrians are at risk when they are crossing the street or walking by the side of the road. It only takes one negligent driver to cause a pedestrian accident that leaves victims seriously hurt or killed.

How big of a problem is it? A study from Car Insurance Comparison finds that Louisiana is the sixth-most dangerous state for pedestrians.

Researchers contrasted the number of pedestrian deaths in each state with the population, using data from the U.S. Census Bureau and the National Highway Safety Administration. They listed the “10 Most Dangerous States for Pedestrians” based on their findings. Louisiana was in sixth place, tied with Hawaii, with 2.54 deaths per 100,000 residents.

Negligent Drivers Are Often At Fault

Over 6,200 pedestrians were killed in accidents nationwide in 2019. According to researchers, the top 10 states on their list accounted for 50% of those deaths.

New Orleans is a popular and active city where residents and tourists alike can be seen walking to their destinations. It’s also the site of many pedestrian accidents each year, sometimes causing fatal injuries. There were 10 pedestrian fatalities in Orleans Parish in 2020, according to the Center for Analytics & Research in Transportation Safety at LSU.

What causes pedestrian accidents? The study pointed out that Louisiana has had major issues with distracted driving in the past few years, often ranking among the worst in that area. Other causes of pedestrian crashes include speeding, driving recklessly, and drivers operating under the influence of alcohol or drugs.

Injured pedestrians who survive getting hit by a car are left with medical bills and other accident-related expenses. Often, they can’t work because of their injuries. Families of pedestrians who were killed are left with the final medical expenses and funeral costs of their loved ones while they are still grieving.

Insurance companies are supposed to help victims in these situations. But the reality is they will look for ways to pay victims as little as possible because they are more concerned with protecting their bottom line.

One way they do this is by questioning the seriousness of a victim’s injuries. Another is to argue that the pedestrian was partially at fault for causing the accident. Sometimes they’ll offer a settlement soon after the crash, and may even promise quick payment.

The problem is it will be a lowball offer that doesn’t come close to covering all the damages that were suffered. That’s why it’s important to have experienced legal representation on your side.

If you were hurt in a New Orleans pedestrian accident, or a loved one was killed, it’s important to get legal advice as soon as possible. Attorney John S. Williams can help.

Attorney Williams knows how to investigate accidents to gather evidence that helps build strong cases. He does not put up with insurance company efforts to downplay the severity of your accident and minimize your compensation. He fights for the best possible outcome, whether that’s through a negotiated settlement or a court verdict.

Get the justice and compensation you deserve. Contact the Law Offices of John S. Williams, LLC to schedule a free consultation.