Pursuing damages for a concussion or mild traumatic brain injury

If you were involved in a car accident, you may have experienced blunt trauma to the head. Perhaps you hit your head on the steering wheel, airbag, dashboard or headrest. You may have experienced violent shaking during a side-impact crash or rollover. This often leads to concussions and mild traumatic brain injuries (mTBI), which can result in long-term cognitive and physical symptoms. 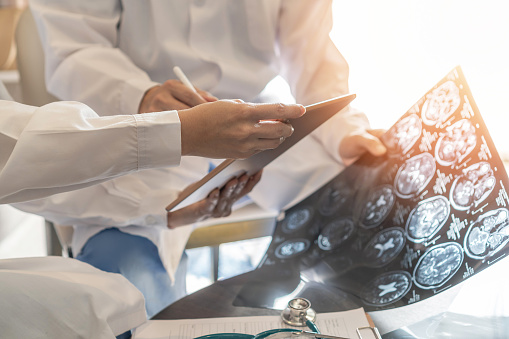 While concussions are often labeled mTBIs by medical professionals, they are anything but mild. In many cases, crash victims who sustain concussions aren’t immediately aware of it. It can take several days for the symptoms to set in.

The most common signs and symptoms of a concussion include:

Concussions are the most common type of TBI sustained in car accidents. There can be some overlap in symptoms between concussions and other TBIs, but many other TBIs can be severe and lead to internal bleeding and/or permanent brain damage.

How long do concussions take to recover from?

The amount of time it takes to recover from a concussion depends on how promptly you get medical attention and how well your condition is treated. Since concussions don’t often produce immediate symptoms, it’s important that crash victims seek prompt medical attention after a crash. By doing so, your doctor can provide a proper diagnosis and begin treatment before your condition gets worse.

Concussions aren’t always identified through an MRI or CT scan. If that’s the case, your doctor my refer you to a neurologist who can conduct a more in-depth cognitive evaluation.

Concussions generally take about three months to recover from with proper treatment and rest. Your doctor may prescribe you pain medication to manage the headaches. You will also need to rest during your recovery time and avoid certain activities that can slow the recovery process. This means you will need to avoid working, engaging in physical activities and limiting the amount of time you spend on electronic devices.

How can I afford to make ends meet during my TBI recovery?

You may be concerned about how you’re going to make ends meet if you’re not able to work and earn a paycheck. Meanwhile, you’re stuck with a heap of medical bills and other crash-related expenses. In a perfect world, the insurance company who represents the at-fault driver would compensate you for all your losses. Unfortunately, that’s not how it works.

If you’re not careful when dealing with insurance companies, your claim can be downplayed or denied. Insurance companies will often use tricks to avoid paying you what you’re entitled to. They may ask trick questions to convince you to unknowingly admit fault. Anything you tell them will be recorded and can later be used against you. That’s why it’s best to avoid speaking to them and consult with an experienced New Orleans car accident attorney.

An attorney at the Law Offices of John S. Williams can deal with the insurance companies on your behalf and fight for a fair settlement. In addition to financial losses (medical bills and lost wages), we can also help you get compensated for non-economic damages, such as pain and suffering. If we can’t reach an agreement with the insurance company, we’ll be ready to go to trial.

Contact us online to get started on your claim.