Teens and speeding are a deadly mix 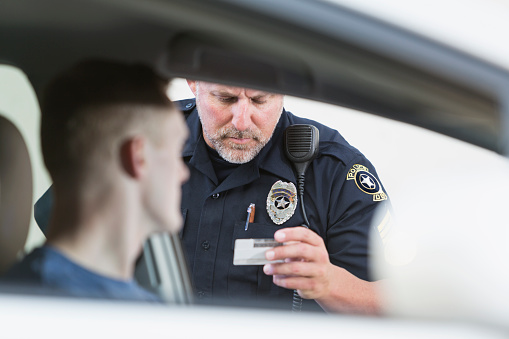 Teenage drivers are dying, and speeding is a huge reason why.

According to a new report from the Governors Highway Safety Association and Ford Motor Company Fund, teen drivers and passengers have a greater likelihood of dying in a serious crash because of speeding when compared to any other age group of drivers.

Speeding is a lethal driving habit

It's been proven time and time again that traveling at higher speeds or speeds that are too fast for conditions is dangerous, as it shortens the time you have to react to hazards like slippery roads or a young child running out into the middle of the street.

Yet every year, thousands of teenagers die in crashes caused by speeding despite the overwhelming evidence that this type of driving behavior can be deadly.

Here are some key findings from the GHSA and Ford Motor Company Fund report, which analyzed crash data from the period of 2015 to 2019 for the study:

For speeding-related fatal crashes involving teenagers, examination of the data revealed that the driver is likely to be male, not wearing a seat belt, and have run off the road or rolled their vehicle. While immaturity and inexperience increase the risk of teen drivers dying in a motor vehicle accident, the study indicates a lack of impulse control to engage in risky behavior also plays a role.

Steps parents can take to keep their teen drivers safe

It's been shown that parents have an influence on their teens' safety and play a critical role in determining when teens first get their licenses and what restrictions are placed on their driving. Parents who are proactive about their teens' driving behaviors have been shown to make a difference and help reduce the chance of their teens being involved in a severe accident.

Some actions parents can take to have an impact on their teen's driving behaviors include:

You can call Attorney John S. Williams if you've been hurt in a crash

Despite the known dangers of speeding, it can be tough to get the message across to a young driver. As such, speeding-related crashes caused by teen drivers are a growing problem here in Louisiana and across the country.

If you or someone you love has been injured in a car accident caused by a speeding driver, you have recourse under Louisiana law to pursue compensation for your losses. Depending on the specific details of your case, you may be entitled to money that covers the cost of your medical bills, lost wages, loss of earning capacity, replacement services, your pain and suffering, and other possible damages.

At The Law Offices of John S. Williams, LLC in New Orleans, attorney John S. Williams knows how to protect the rights of crash victims and maximize the value of injury claims. Let a passionate and experienced personal injury lawyer aggressively advocate for your best interests and fight for every dollar you deserve.

Contact us today for a free case consultation. Our office is located in New Orleans and we offer legal representation on a contingency fee basis, which means you pay nothing unless we win your case.