Who pays for medical bills after a hit-and-run? 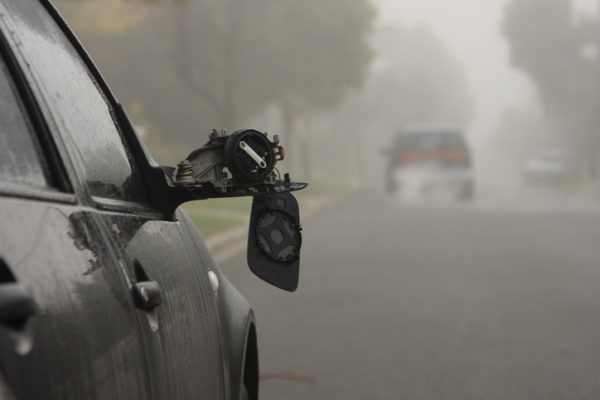 A New Orleans neighborhood is on the lookout for a hit-and-run driver who smashed his Jeep into several parked vehicles before fleeing the scene. The incident appears to have been caught on a resident's surveillance camera.

Video that seems to show the crash was obtained by local media and captured around 5 a.m. on a recent Saturday morning, 4WWL reports. The footage appears to show a dark-colored Jeep driving down St. Bernard Avenue near City Park. The Jeep then veers into a line of parked cars, apparently without the driver attempting to slow down.

The Jeep only makes contact with one car but manages to damage three vehicles altogether. The collision's impact pushes the first car into the vehicle in front of it, which slides into a third car. The force of the hit causes the Jeep's front tire to lift off the ground. The video then shows the Jeep's driver put his vehicle in reverse and speed away from the crash.

The accident is under investigation by the New Orleans Police Department, and fortunately, no one was injured in the incident. But that's not always the case in crashes involving hit-and-run drivers. Far too often, people are seriously injured by a driver who leaves the scene of the crash, and the victim is left with the burden of figuring out how to recover compensation for their damages (accident-related expenses).

What to do after a hit-and-run crash

It's not clear what the owners of the damaged vehicles — all of whom belong to one family — will do next. For many accident victims seeking compensation, hit-and-runs can be one of the more complicated and difficult claims to pursue.

The situation is especially difficult in Louisiana. The state has a higher than average fatal hit-and-run rate as well as a fault-based system for car crashes. "Fault states" require car accident victims who are seeking money for things like medical bills and lost wages to file claims against the at-fault drivers' insurance company.

But what do you do if you can't find the at-fault driver? Who pays for the accident then? Crash victims, even those injured by unidentified drivers, have rights.

Here are some steps you can take following a hit-and-run.

Do not go after the driver

You already know this person doesn't care about the welfare and safety of others; they may be dangerous. Do not attempt to confront them.

Report the accident to the police and, if you can, give them a description of the vehicle that hit you and in which direction it drove away.

Document the accident site, injuries, and damages as soon as possible.

You want to have your own list. The police will talk to witnesses once they arrive, but not everyone who saw what happened will be able to wait for them. There are also people who don't want to talk to the police but will gladly help you with your claim. Get the names, towns of residence, and contact information from people who saw the crash and ask for a description of what they saw. People's memories can quickly get hazy, so get as much information as you can at the scene.

Write down as much information as you can remember focusing on details like what the other vehicle looked like — its make, type, color — and anything you may recall about the driver.

Inform your insurance company of the accident

Do not provide details about the accident in your first call to the insurance company. Adjusters are always looking for reasons to reduce your payout or reject your claim entirely. Consult with an attorney before providing an insurance agent with a statement — that goes for informal comments as well as recorded answers.

Do not discuss your accident with anyone else before seeing a lawyer. Insurance adjusters will conduct their own investigation into the accident. They can interview people you have talked with about the incident and they can scour your social media for something they can twist around and use against you.

An experienced car accident lawyer who understands the New Orleans justice system and how the local insurance adjusters operate can help get you the maximum payout for your injuries and losses.

Who pays for a New Orleans hit-and-run accident?

Hit-and-runs can be difficult for people to handle on their own. Often, insurance adjusters will deny claims submitted by their clients in hit-and-runs. An adjuster may try to tell you that you can't file a claim with your own provider and that you have to file a claim with the at-fault driver's insurance provider. Under normal circumstances, this would be accurate. But there are a number of ways a hit-and-run victim can recover compensation for injuries, property damage, and other losses, whether the at-fault driver is located or not.

In crashes involving a hit-and-run driver, people usually turn to their own insurance policy to recover compensation.

If you were injured or a loved one died in a crash caused by a hit-and-run driver in the greater New Orleans area, it's critical that you know your legal rights and options.

At The Law Offices of John S. Williams, LLC, we can help you understand how the law applies to your specific case, interpret your insurance policy, and help you understand the full value of your claim. To learn more, contact us today for a free consultation.