Drunk Driving Crashes a Problem on I-10 in Louisiana 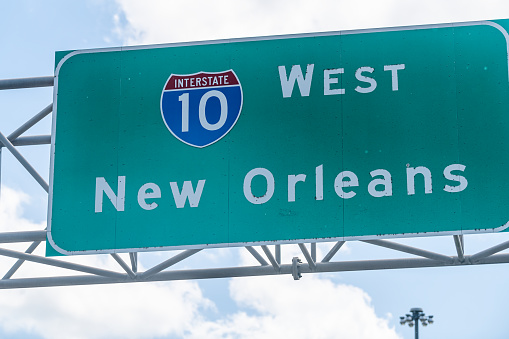 Without a doubt, Interstate 10 is one of the state’s most important thoroughfares, passing through Lake Charles, Lafayette, and Baton Rouge, while also serving the New Orleans metropolitan area before crossing Lake Pontchartrain. It also is one of the most dangerous roads in the United States, especially with regard to car accidents caused by drunk drivers.

In a ranking of “The Deadliest Roads in the U.S.” for 2015 to 2019, the stretch of I-10 that runs through Louisiana came in 9th with alcohol as a factor in 31% of the state’s 214 fatal accidents. Only two highways in California – Interstate 15 and State Route 99 – claimed more lives in such crashes.

According to the Centers for Disease Control and Prevention, the state’s drunk driving death rate is 5.2 fatalities per 100,000 people, compared to the national average of 3.2. The percentage of motorists who say they drove after drinking in the previous 30 days is also higher than the national average – 2.5% vs. 1.9%.

When is a driver considered to be legally drunk? In Louisiana, the law allows for different standards for drivers. They are:

It is important to note BAC is not the only determining factor in a DWI arrest. Motorists “under the influence” also can be found in violation of the law. The language covers drivers who fail a field sobriety test, have slurred speech, drive erratically, and other factors.

Penalties worsen depending on the number of convictions. For example:

Crash victims have recourse through the civil justice system

If you were injured or a loved one died in an accident caused by a drunk driver, an attorney can help you understand your legal rights and options. While any criminal charges the at-fault driver faces are separate and distinct from your civil claim, the other driver's insurance company may still deny responsibility for the cost of the crash or try to get you to accept a lowball settlement offer that falls far short of covering your losses.

At The Law Offices of John S. Williams LLC, we have more than 15 years of experience fighting for the rights of accident victims in New Orleans. Let us guide you through the complex legal process while treating you with the compassion and professionalism that you deserve. Contact us today for a free consultation with an experienced New Orleans car accident attorney. We work cases on contingency, and we're ready to let you know how we can help.