Some of the Worst Drivers in the Nation Are in Louisiana 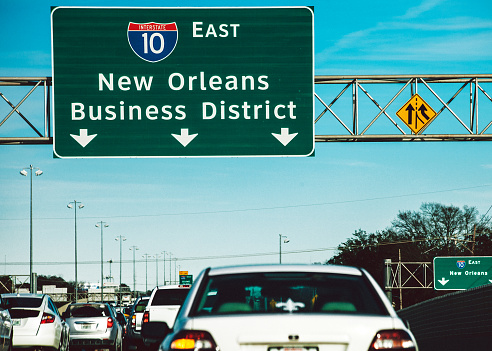 Car Insurance Comparison recently conducted a study to determine the top 10 states with the worst drivers. The states that received the dubious honor of making the list all had high rates of fatal car accidents caused by speeding, drunk driving, reckless driving, and breaking traffic laws. Among the 10 states with the worst drivers, Louisiana came in ranked at 5th overall. New Mexico and Texas tied for 1st on the list while Montana and South Carolina were tied for 3rd.

What makes drivers in Louisiana so bad?

As we wrote about in January 2022, that pedestrian death rate tied Louisiana with Hawaii as the 6th most dangerous state for pedestrians. And while the state has some of the best laws in the country to help prevent car accidents, it only takes one negligent driver to cause a crash that results in severe injury or death.

The most common causes of car accidents are:

The key takeaway is that while some car accidents can't be avoided, many could be if not for the reckless actions of other drivers. And while dealing with the aftermath of a bad crash can be stressful, it can be overwhelming if you or a loved one suffered injuries due to someone else's negligence. From getting appropriate medical treatment to dealing with the insurance company for the at-fault driver, it can be a lot to handle on your own when you're injured, in pain, and trying to heal.

If you were injured in an accident caused by a careless driver in Louisiana, you have the right to pursue financial compensation for your losses, but it's often a complicated process. That's because negligent drivers can deny fault, and to the insurance company, your losses represent nothing more than a threat to their bottom line. That's why you need someone in your corner who genuinely cares about what's best for you and is willing to fight for every dollar you deserve.

At the Law Offices of John S. Williams, LLC, we have the knowledge, experience, and resources to handle every aspect of your claim and aggressively advocate for the compensation you're entitled to. Learn more about how we can help with your potential legal case and schedule a free consultation. Our office is located in New Orleans and we represent our clients on a contingency fee basis. That means you pay no fees unless we win your case. Contact us today.